Home / Internet / Woman Adopts 4 Siblings To Keep Them Together

Woman Adopts 4 Siblings To Keep Them Together

Woman Adopts 4 Siblings To Keep Them Together


A woman in Philadelphia has adopted a group of biological siblings in order to keep the kids together. 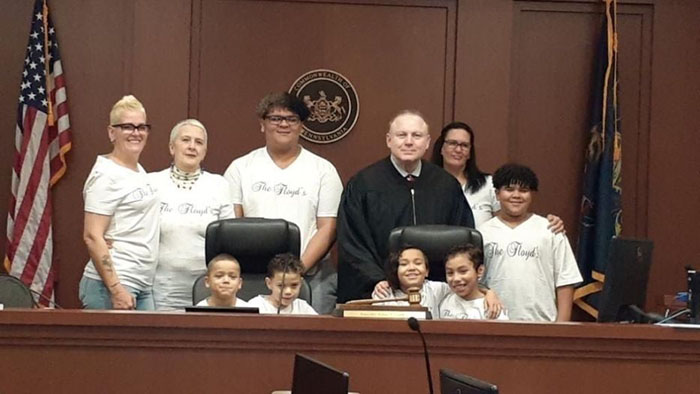 
“I realized they were going to separate them and my whole thing was keeping the kids together because I know how hard it was to keep siblings together. Never realizing that there were six. It just so happened that I found siblings with six of them. I kept them all together,” Floyd told FOX 29.


Floyd’s husband died in 2014 and a few years later she began fostering three of the siblings. She eventually decided to take on a more permanent role with adoption.


Two of the kids haven’t officially been adopted yet but they are expected to join the Floyd family in the near future.

Related ItemsInternetViral
← Previous Story Woman Who Was Fired By Bank For Act Of Kindness Gets Hired By Credit Union
Next Story → This Veterinarian Wanders the California Coast Treating Homeless Peopleand#039;s Pets For Free