A full-service grocery is returning to Memphis where a Kroger store closed last year — and Kroger donated the building to its competitor. 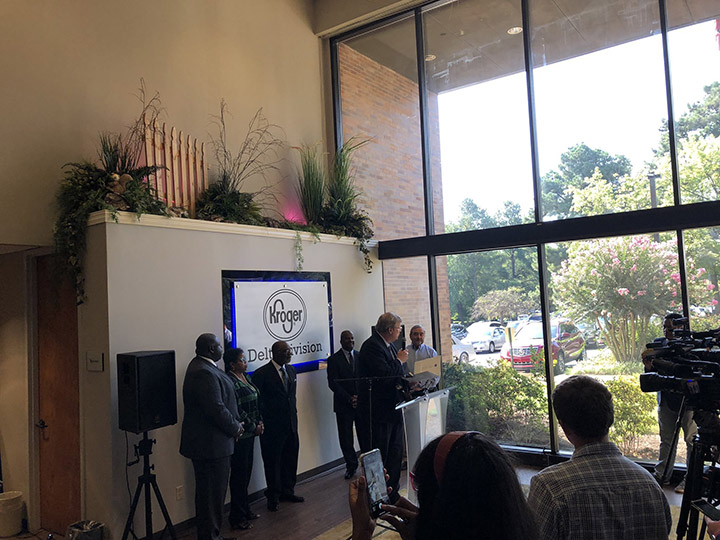 Kroger officials announced Monday morning that the company had donated its former building to locally owned Superlo Foods, which will open in the space.


Kroger officials said the company had never before donated a building, but had set aside competition to keep a promise made to the community to bring a full-service grocery store back to the Orange Mound area.


“Since becoming the president of Kroger Delta in February, it has been a priority for us to keep our promise to the City of Memphis and the Orange Mound community,” said Victor Smith, president, Kroger Delta Division.


Kroger closed the Lamar Avenue store in February 2018, leading to complaints from the community.


Kroger announces it is donating its old building in Orange Mound off Lamar & Airways to SuperLo. Donation worth about $500,000. SuperLo hopes to have the place operating by Dec.1 @3onyourside pic.twitter.com/1hgQPZOl0L