General Hospital (GH) spoilers for Thursday, December 22 reveal Ava Jerome (Maura West) doesn’t trust Alexis Davis (Nancy Grahn) to watch out for Julian Jerome (William deVry). Ava cautions her brother to stay away from Alexis, but he won’t. Julian loves her too much.

Instead, Julian is moving back into his ex-house with his ex-wife. Alexis is getting ready for his arrivals – let’s hope she stocked up on supplies for plenty of sexy sponge baths! Kristina Corinthos (Lexis Ainsworth) tells her mom she knows what’s going on with her. 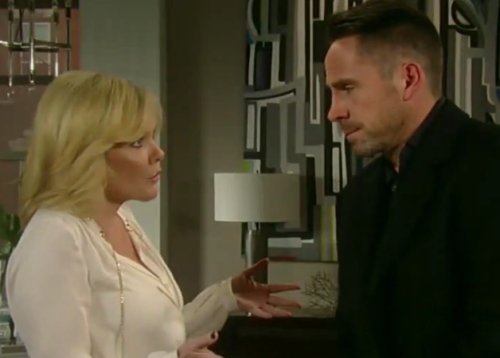 The thing is, Kristina is clueless. She doesn’t know her mom is boozing 24/7/365 and is planning on letting her homicidal ex-husband move back into her home. Alexis and Kristina talk but Alexis has no choice but to let Julian move back in or he’ll rat her out to everyone.

Kiki Jerome (Hayley Erin) stops by Kelly’s and sees Dillon Quartermaine (Robert Watkins) with Valerie Spencer (Brytni Sarpy). Kiki overhears Dillon telling Valerie the night they spent together was the best night he’s had in a while. Kiki is floored when she hears it. 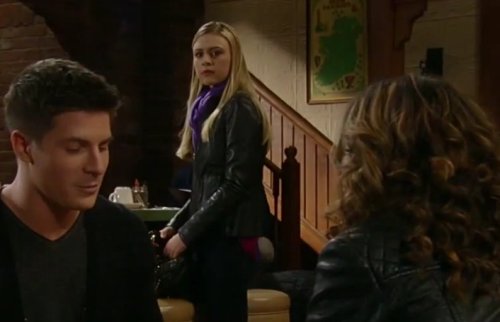 Dillon is talking about them hanging out at the MetroCourt when he showed for the holiday gala but Kiki assumes Dillon and Val were hooking up. Remember that’s the same night Dillon and Kiki argued over the Crimson job, so she may think he bedded Valerie in revenge.

Naomi Dreyfus (Robin Riker) is back. She’s got good lawyers so the diamond charges are dropped. Good thing Liz Webber (Rebecca Herbst) let her know things were dire for Hayden Barnes (Rebecca Budig). Naomi rushes into Hayden’s room at GH and is terrified. 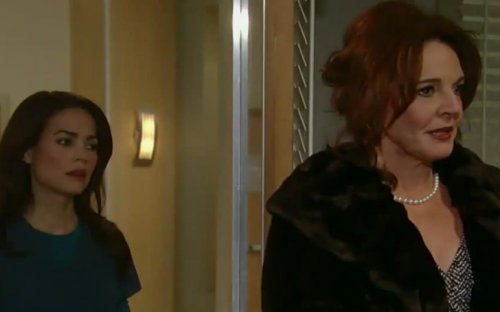 Naomi asks if Hayden is dying. She won’t be happy to see Hamilton Finn (Michael Easton) at her daughter’s side since she thinks he’s a junkie. Finn won’t leave Hayden. He loves her and is waiting to see if that shot cured her or will kill her. We all know she’ll live.

Franco (Roger Howarth) kicks and screams to get out of the dog cage. Will someone help him or will he free himself? That nightmare offered Franco something to think about. His dark side told him that he hasn’t changed and is a bad person. Will Franco dump Liz? 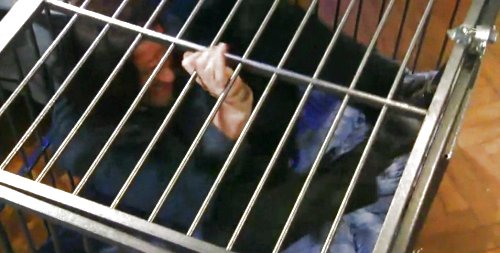 GH spoilers reveal that Franco struggles with a decision about his future. Will he break things off with Liz because he’s scared he’ll hurt her? The Liz he saw in the dream had faith in him but the dream versions of Sam Morgan (Kelly Monaco) and old Franco told him he’s no good.

Also, will GH show us the color of the cake as Jason Morgan (Billy Miller) and Sam cut into it? Or is this a cliffhanger that will last until they give birth in February sweeps? GH tricked us once at the ultrasound – is this another trick? Fans want to know about the JaSam baby! 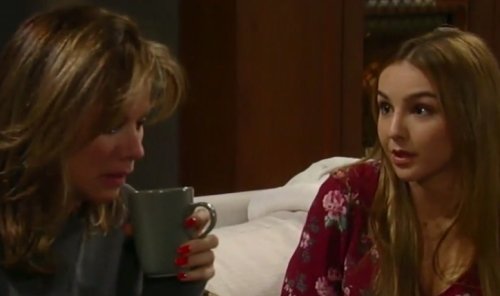 Share your comments below on the spoilers for Thursday, December 22. And be sure to tune into CDL for the latest General Hospital spoilers and news.