A group of football players at Reidsville Senior High School in North Carolina have befriended a bullied freshman who did not have anyone to sit with during lunch on his first day of school.


When Caleb Wrenn’s sister, Leah, texted her little brother about his first day of high school, she didn’t expect to get a response like this. 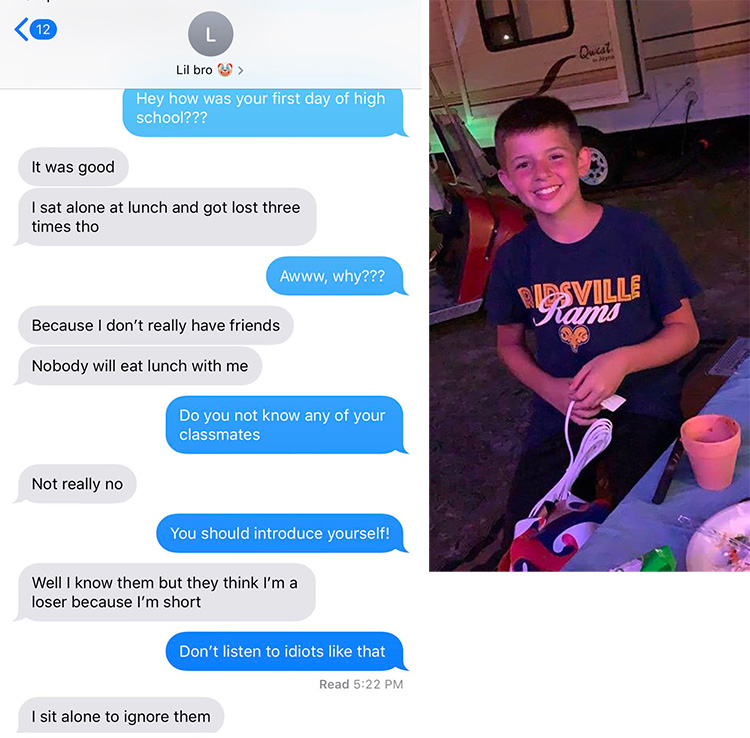 Leah tweeted out the text exchange. Members of the school’s football and basketball team saw the tweet and decided they needed to do something.


“We decided to catch him off guard at lunch and have lunch with him and show him around the school and make sure he was okay and give him new friends,” said Demontez Canada, a senior at Reidsville Senior HS and member of the football and basketball teams. 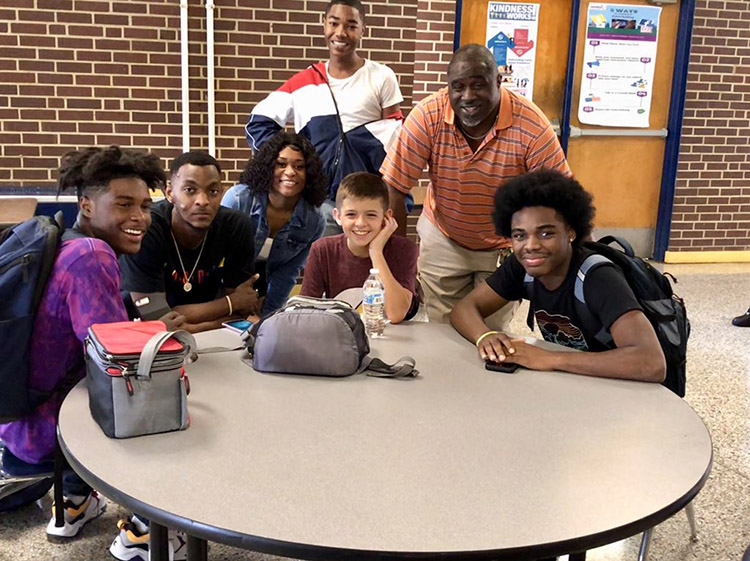 “I felt like I had to make a stand and make sure he was okay because he is a freshman and he shouldn’t have to go through this his first year of high school,” Canada continued.

Related ItemsInternetViral
← Previous Story Jonas Brothers Surpise Fan In Hospital Who Missed Concert For Chemo Treatment
Next Story → After More Than 2 Decades, A Homeless Man Is Back With His Family