A cyclist who was nearly killed after being hit by a motorist is now friends with the man who hit him. 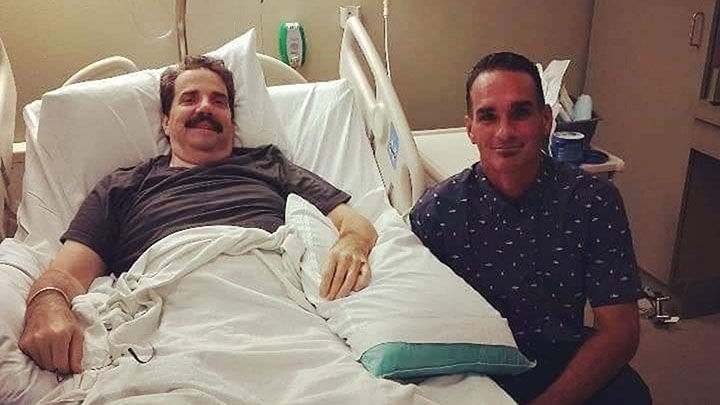 
Last Memorial Day weekend, Jack Keith, 46, was driving along the Pacific Coast Highway after a morning surf. He was distracted by the waves for a moment and accidentally drifted into the bike lane. The next thing he knew a cyclist was airborne.


“It all happened so quickly. I looked up and boom, I just saw him flying through the air,” Keith told Fox News. “I was like, ‘Oh my God, what did I just do? Did I kill this guy?'”


Keith immediately pulled over and dialed 911.


Tom Sovilla was rushed to the hospital, where he was found to have a fractured back, broken pelvis, torn knee ligaments and bruised intestines. He also suffered from two blood clots on his brain, according to a news release from UCI Medical Center provided to KTLA 5.


Keith was unable to get information from the hospital on Sovilla’s condition due to privacy reasons. But he was able to get in touch with one of the witnesses, who later contacted Sovilla’s wife, Jenette, on his behalf.


Five days after the accident, she reached out.


“She texted me on my lunch break saying, ‘Hey, this is Jenette, Tom’s wife, the guy who was involved in the accident. He is going to be alright — we’ve been praying for you.’ I could breathe easier after that day,” said Keith.


A few days later, Keith was invited to visit Sovilla in the hospital.


“I was blown away that they were okay with me being there and that they were worried about me. It was a nice start to the healing process,” he added.


Sovilla is still recovering. Over the past months, he gradually moved from a wheelchair to a walker. He now uses a cane and is continuing physical therapy.


Since the accident and his initial hospital visit, Keith said he has befriended Sovilla and his “amazing” family. Additionally, he started a GoFundMe for Sovilla’s out-of-pocket medical expenses. As of Jan. 16, more than $8,000 has been raised.


“I’ve felt nothing but love from this man — and for the situation, that’s unheard of,” Keith said.


“Holding on to things just eats away at you. It doesn’t necessarily hurt the other person,” Sovilla said. “I think if people can understand that, then people would learn to forgive, because forgiveness is a big part about your own mental and physical health.”


Jenette Sovilla echoed her husband’s sentiment. “We could live our lives angry and bitter about lots of things that have happened to us,” she said. “Why? It doesn’t help anything.”