A mother was brought to tears after a police officer explained what he saw her son do outside of a supermarket in Independence, Missouri.


And now the officer is on the hunt for the teen to take him out to dinner. 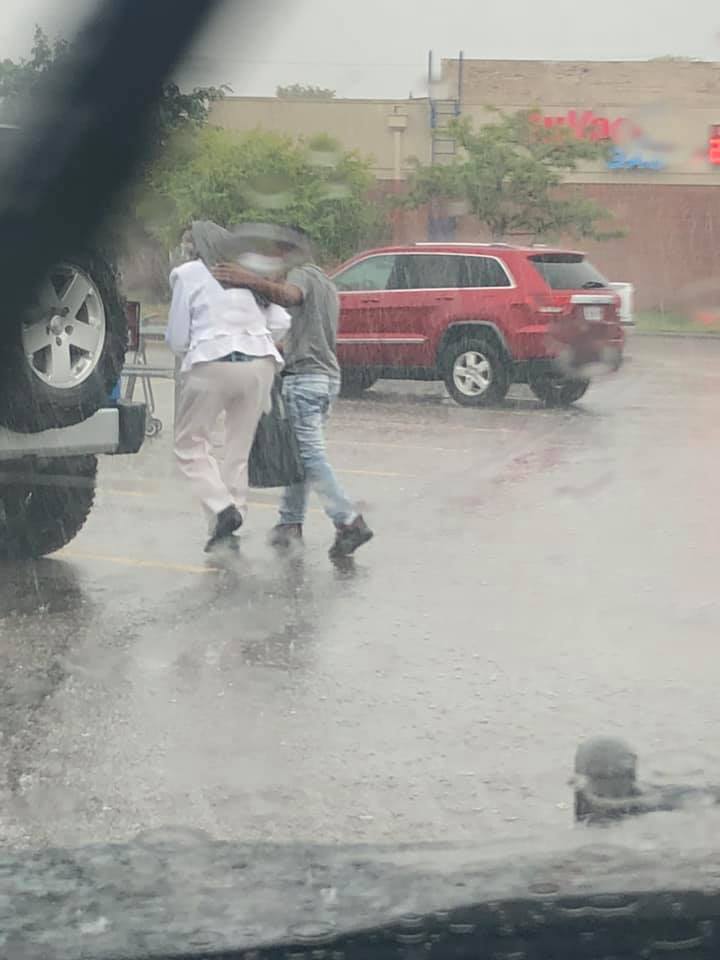 
“Kinda long but I’m touched by this kid.


So today I experienced something that actually set me back a little. It didn’t set me back because I was shocked but because I got to witness it first hand.


With all the hate fueled by color, belief, sexual preference or race it actually pisses me off. Why, because most of it is based off what they read in the papers. Most isn’t based-off personal experiences.


This young black male (teen) exited the backseat of a van he was in while it was pouring rain took his coat off and protected this elderly white female from the environment the best he could all the way to her car. He then walked back to his car all while not saying a word to his Auntie or Mom when he exited or re-entered.


I followed him to the van and approached the driver who was his mom. I told this young man I was impressed and he should be proud because I was. His mom had no idea what was happening, because she thought she had done something wrong since I was in uniform.


I told his mom that she has done amazing with him and I hope and pray he goes places. She started tearing up, because I was a cop and took time out of my day to call him out on what I witnessed.


I know the chances of this reaching his mom is slim, but kid you impressed me.


Kiddo If you see me on the street again this guy owes ya a dinner. You ever need anything I will come running to ya.”

Related ItemsInternetViral
← Previous Story Boy Chooses To Meet His Bone Marrow Donor Over A Trip To Disney World
Next Story → Colombians Planted 200,000 Trees In One Day