Home / Internet / After More Than 2 Decades, A Homeless Man Is Back With His Family

After More Than 2 Decades, A Homeless Man Is Back With His Family

After More Than 2 Decades, A Homeless Man Is Back With His Family


New Jersey Transit Police have reunited a homeless man with his family after 24 years. 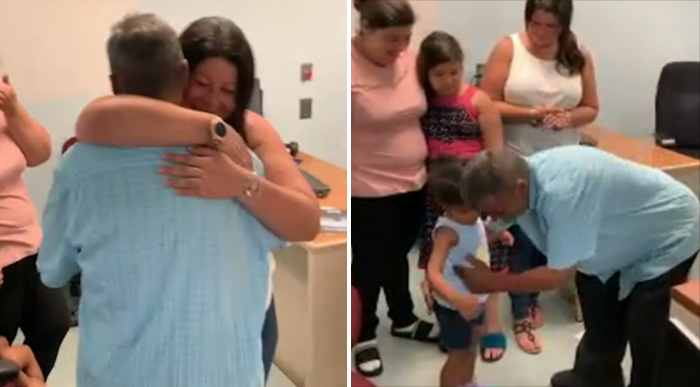 
Jose Lopez lost touch with his family after separating from his wife and moving to Florida with his mother. He suffered a series of strokes and ending up homeless.


But the 61-year-old was determined to find his daughters.


He took his Social Security money and traveled back to New Jersey where a New Jersey Transit police officer spotted him and asked him if he needed assistance.


Lopez explained he was in search of his family.


Crisis outreach officer Sean Pfeifer stepped in and called dozens of possible family members. Pfeifer got in contact with his daughter, Angela Viviani, and set up a reunion.


Lopez not only hugged his daughters again, but also met his grandchildren for the first time.


A tearful, heartwarming reunion! NJ Transit Police reunite a homeless man with his family after 24 years!! Jose Lopez not only got to hug his daughters, he met his grandkids for the first time! Lopez was given a shave and a haircut, plus new clothes for the big reunion moment. pic.twitter.com/puIYKRp2QW


“To feel their emotion, behind the camera I was tearing up,” Pfeifer told CBS News.